Wednesday, May 29, 2019, François de Rugy, Minister of Ecological Transition, signed with the major energy companies the Commitment for Green Growth (ECV) “Hydrogen for road mobility”. This Filière-Etat commitment aims to implement the National Hydrogen Plan and must make it possible to achieve its quantified objectives. It is in this context that Vincent Lemaire, President of SAFRA, was invited to this event, as a signatory of this VMMB Hydrogen, and also as a proponent of the hydrogen mobility project in France. 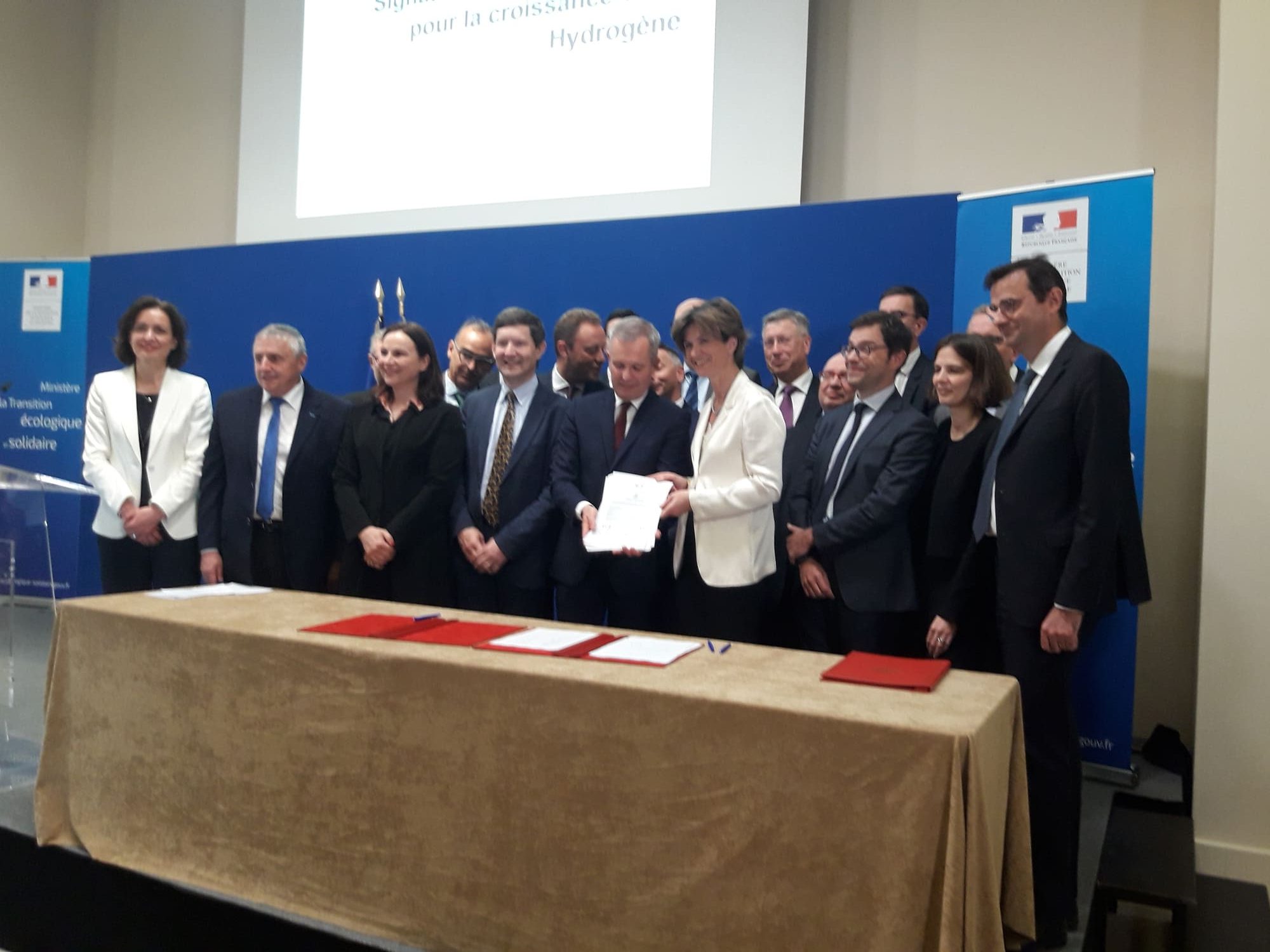 Numerous commitments are thus made by the different project promoters and by the French state, and endorsed in this document, with a triple objective:

With the signing of this agreement, SAFRA officially becomes a pilot of the hydrogen bus project in France, in line with its flagship electric bus manufacturing project under the Businova brand, and thanks to which the company became last year the first hydrogen bus manufacturer in France.