SAFRA will be present at the Rencontres Nationales du Transport Public, which will be held in Nantes from 1 to 3 October 2019. The two activities around Public Transport will be shared at booth 4 in hall 4. Our historic SAFRA Renovation activity will be showcased at this booth, with a presentation of its recent developments and business wins. For SAFRA Constructeur, the innovation presented at this stand will be the first hydrogen Businova manufactured and delivered in France. Several players in the French hydrogen sector, such as McPhy, Eveer’hy’pôle and of course the SMT Artois-Gohelle, the first French agglomeration to have developed an H2 line on its network, will also be present. 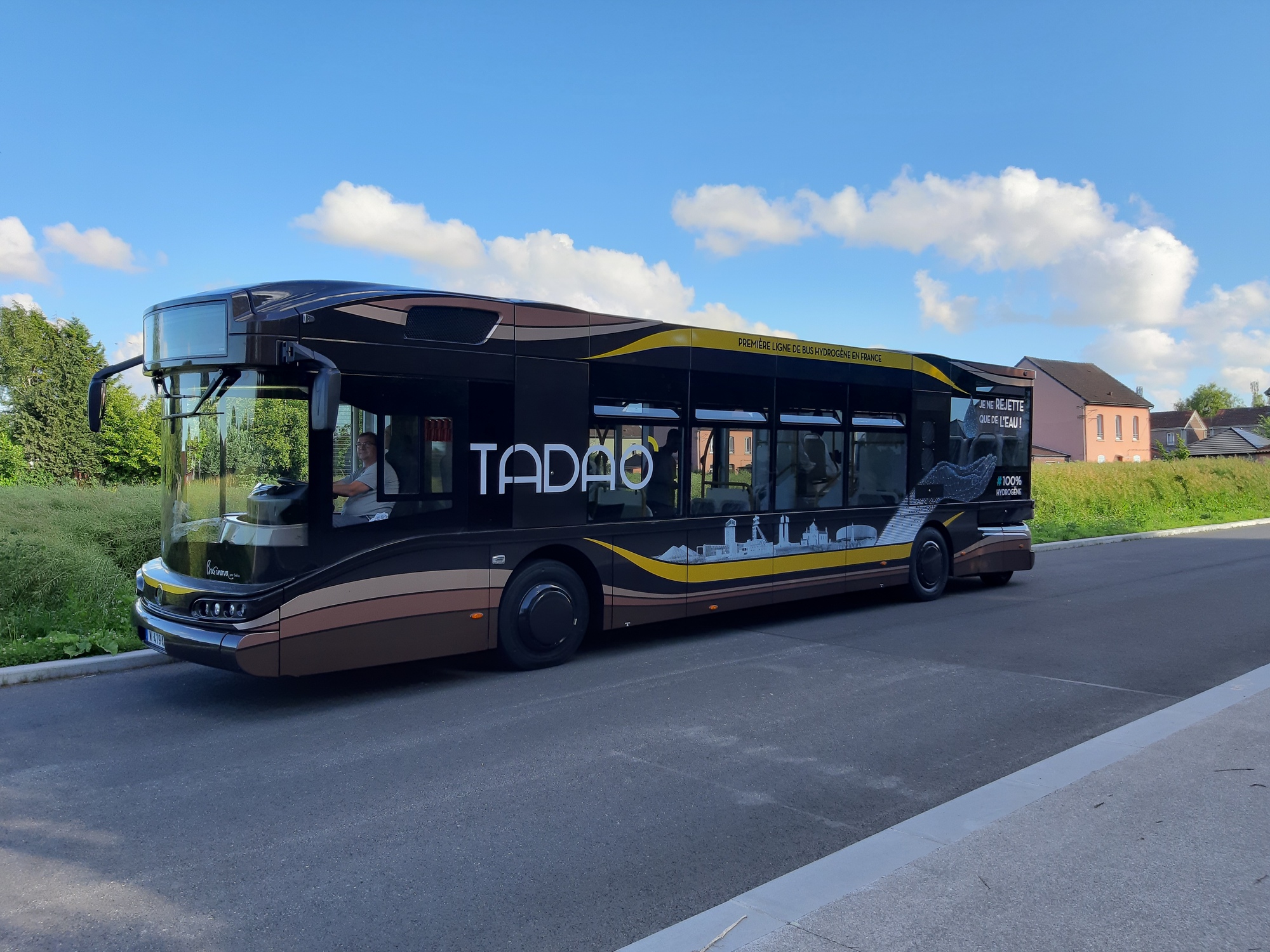 As a pilot of the hydrogen bus project in France, following the signing of the Commitment for Green Growth (ECV) in May, SAFRA therefore brought together several stakeholders in the hydrogen sector at its stand. The company McPhy, specialist in production equipment and distribution of low-carbon hydrogen, the SEM Eveer’Hy’Pôle, test center for vehicles and hydrogen equipment, and of course the Syndicat Mixte des Transports Artois-Gohelle (SMTAG). On 21 June, SMTAG inaugurated the first hydrogen station in France, as well as the first Businova on the six hydrogen buses that will serve the Bulle 6 TADAO line.

All of these players in the hydrogen sector, McPhy, Eveer’Hy’Pôle, SMTAG, as well as SAFRA Constructeur and SAFRA Rénovation, will present their products and services, as well as case studies in the form of short conferences on a dedicated space on the SAFRA stand. The program of this Forum is online on safra.fr

In the news Businova, SAFRA Constructeur currently manufactures the 12 hydrogen Businova ordered in 2018. After the delivery of the 6 Businova hydrogen for the Artois-Gohelle agglomeration, SAFRA plans to deliver 5 hydrogen vehicles to BE Green that will circulate on the KEOLIS Versailles network, as well as a first at Le Mans. Other orders are also made for plug-in hybrid electric Businova, in diesel version for Albi, as well as in gas version for Grenoble.
This latter vehicle is a first in France, since it is the only plug-in hybrid electric vehicle operating with a range extender with CNG, capable of driving in zero emission mode on a given route. Transdev has chosen the Albigensian manufacturer for the SMTC network in the Grenoble conurbation, operated by SEMITAG. A press conference will take place on Tuesday 1 October at 13:30 on the SAFRA stand with the presence of Transdev, the SMTC of the Grenobloise agglomeration and SEMITAG.

As for SAFRA Renovation, many projects are underway in the workshops. In the markets recently won, Bordeaux Métropole has entrusted SAFRA with the redevelopment of 74 CITADIS tram sets. RATP is working with SAFRA for the first time on a renovation market for 15 MAN articulated buses operating on Roissybus. Also in the workshops, a market of 40 buses Citaro and Crosway of the city of Aix-en-Provence, for a change of livery. Lille Métropole renews its confidence by entrusting SAFRA with the renovation of 149 buses over a 6-year period, with interior and exterior renovation work following a call for tenders won this summer. SAFRA has also won the two batches of a technical definition study contract as part of the Translohr tramway mid-life maintenance programme. Finally, in older markets, SAFRA is working on the tramway in the Saint-Etienne agglomeration for renovation work, and for the Rennes agglomeration, with ongoing expertise work on their automated metros (VAL).